Back in 2017, the marketing department where I work asked me if I would like to write a whitepaper. Having been recently hired as a big data solution engineer, I wanted to share what I have learned in France to make sure Montreal’s enterprises don’t fall into the obvious pitfalls that I have witnessed with earlier adopters. We also wanted to use it as a marketing tool to expose our expertise, as the majority of whitepapers try to do. At the time, and still today, whitepapers were mainly written by manufacturers who wanted to sell their technology as being the best one for whatever trending terms. Back then it was all about “big data” but now it’s all about “artificial intelligence”.

I won’t start a long rant about how “AI” is overused and often misleading because I felt for “big data” eight years ago. I used to be naive, I still am, but I used to too. But anyway, my goal with this whitepaper is to introduce mainly non-tech specialists (business lines, executives, etc.) to how to start a big data initiative, find the right reasons, and understand what it implies. An introduction to a broad subject.

I could eventually revise it, critique it, and call out any BS I may have written. I tried to be honest, transparent, and not play with the truth but hey, maybe I embellished it a bit!

Since the early days of the big data craze, I’ve seen so many “demystify this”, “demystify that”, it’s getting old. You still see webinars, whitepapers, blog posts with this title. I have two problems with this term. First, it’s almost always a clickbait title: you won’t demystify something, it’s simply a product presentation. And second, it implies that technology is mysterious, like magic. Technology is not mysterious, one either knows what it is and how it works, or doesn’t. I don’t know how black holes materialize but I won’t call them mysterious. It may be difficult to grasp for the uninitiated but still, there is no magic, man.

I didn’t want to use the term “demystify”, but unfortunately, most people associate it with something that will help them understand a difficult topic, like a tutorial, a “let me take your hand and show you how it works” even if it’s not always true. So how do I use it without using it? We came up with this title, originally in French, and translated to English. 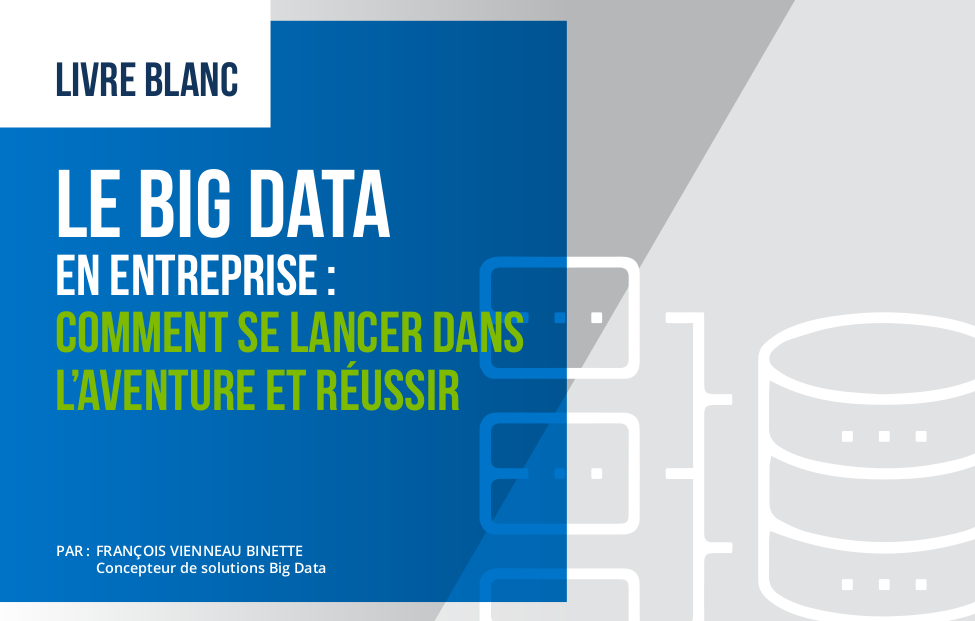 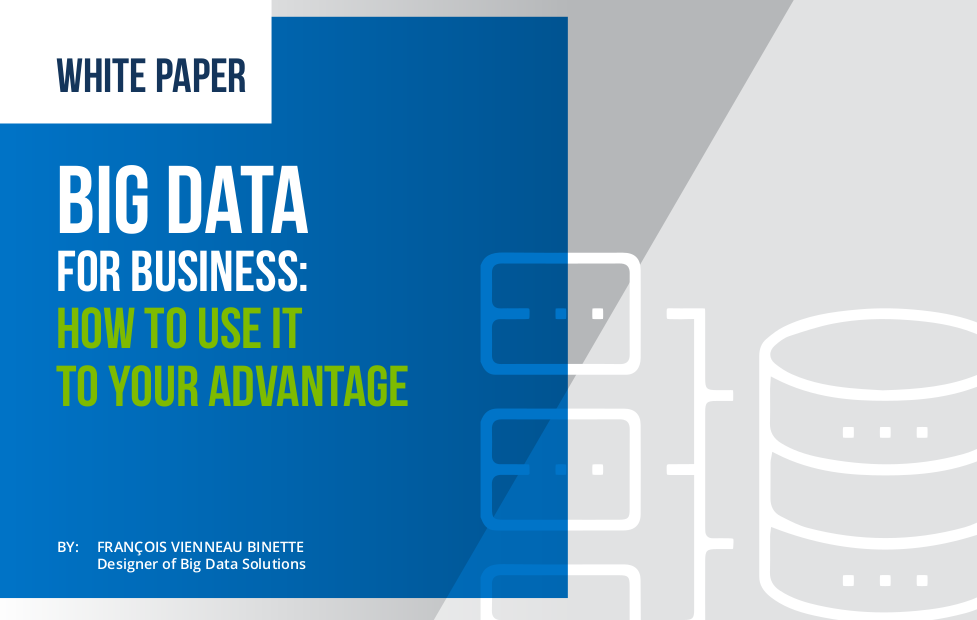 [English] Big data for business: how to use it to your advantage

The objective was to make it catchy without being clickbaity, attractive without “over-marketingizing” it, aiming at the right people (non-tech) without losing them with the content, and making sure they learn something from the content. Do I still like it a couple of years later? Yeah, it’s alright. I’m more critical of the content. 😲

Writing quality content is hard, especially for novice writers like me. You may estimate it will take 40 hours to write a whitepaper, but it will take way more than that, like 200! While juggling with regular work, it took me a good 6 months to complete this paper. It’s like a small thesis, you don’t just write, you research, read, rewrite, interview, wonder where you left off before having to do something else for the past week, reread your work and then delete everything because you don’t remember where you were going with that. Classic stuff.

My objectives were to make the reader understand:

The main pitfall I wanted to expose was the major mistake of investing in big data technologies (like Hadoop) without having any business use cases that need big data technology. I’ve seen many enterprises invest in Hadoop without really knowing what to do with it just because it was hype. People tend to forget that you don’t buy a car if you have nowhere to go or don’t know how to drive. My thinking was: if I show you some interesting destinations that could improve your life, then, maybe it could be a good idea to buy a car to go to these places and reap some benefits. This applies to any technology but that’s another subject.

I think I achieved my objectives by distilling theses subjects in a logical sequence for non-tech people. The methodology can still be used for a BI or analytics initiative, but that’s also another subject. Still, it feels a bit bland. Maybe I’m a bit too hard with myself. #noregerts

It was ambitious to cover everything mentioned above, maybe a bit naive. I used to joke that it would be more an ebook than a whitepaper, which is generally between 3 and 8 pages. The edited version (post graphic design) is 22 pages, which is a long whitepaper but not an ebook.

Reflecting on the experience

Did we achieve our objective of exposure? Well, kind of, I’m not sure. See next section. And the difficult question: did we get business out of this? I got a temporary contract with a client but not because I wrote a whitepaper. So, not really. Pepehands. Put simply, the majority of our clients are not the target market for big data technologies. As simple as that.

The subject of big data was kind of new in Quebec, I would even say in Canada in general as we tend to be laggards when it comes to technology. I’m not talking about startups, but traditional enterprises like banks, or SMEs that are still trying to tackle digital transformation which often means buying their first ERP! Canada is also a small market compared to France (which I would say was an early majority adopter) and the US (an early adopter since they started it). Being a small market doesn’t mean we don’t use innovative technologies, but big data technologies were developed to tackle the data deluge and a small market doesn’t produce a deluge of data. It’s my simplest explanation without getting into too many details.

One day I could re-write the whitepaper, or just write something else. Is big data even a thing anymore? Yes, it is, it’s just not at the forefront anymore and the technologies have changed (where is my boy Hadoop?!) If I was opportunistic, I would simply change the title to “AI for business: how to use it to your advantage” and change a couple of use cases and there we go, we’re AI specialists now!

The results are in, it’s humbling. Since January 2019 when we started the content hub, it has been downloaded 2 times in French and 2 times in English. Ouch, that’s harsh. 24 viewed the download page in French, and 11 viewed it in English. I’m still proud of what I wrote but clearly, it didn’t have the effect I hoped for.

There are a lot of questions we could ask ourselves following these results:

For fun, let’s compare the results to another whitepaper a colleague and I developed with a ghostwriter and already existing content from an editor (SAS). The paper, about self-service business intelligence, gathered quite some views and downloads.

The better performance could be explained by heavier promotion through a series of webinars we did on SAS Viya (in French). Also because it’s a subject that is trending with our target market, i.e., it resonates more in the mind of business lines than “big data”. I have a lot of ideas on why a white paper performs or not, but let’s stop beating this dead horse and move on!

If you’re brave enough or just curious, here it is: